Pagan Altar’s Mythical & Magical and The Time Lord are set to be released on December 4th on Temple of Mystery Records. Both albums will be reissued on CD format, deluxe vinyl versions, and audiophile cassettes.

Each vinyl version include completely new remasters, deluxe gatefold covers, and complete layout redesign. Mythical & Magical includes a beautiful etch on side D, and The Time Lord includes a recently unearthed version of “Night Rider” from the same sessions as the other recordings! Vinyl is available on regular black and limited colors (250 each only copies) available exclusively at the label’s website HERE.

Each cassette versions are pressed on Chromium Dioxide audiophile tapes and include remastered audio.
BIOGRAPHY

In 1976, from the mysterious English countryside, emerged Pagan Altar – a band whose arcane doom rumblings have changed the face of the genre. Despite their infamous debut album, Judgement of the Dead, taking decades to be officially released, their short-yet-bright star finally took off in the mid 2000s when the band unleashed The Time Lord, Lords of Hypocrisy, and Mythical & Magical, ending decades of setbacks and unintentional silence. Today, each record in their discography is fanatically hoarded by fans and damn near impossible to find — unless you are willing to depart with a large chunk of your wallet.

Following the untimely passing of iconic frontman Terry Jones in 2015, it took several years for the band’s final album, The Room of Shadows, to be released. Acclaimed internationally as a befitting swan-song, the album was lovingly issued by Canadian label Temple of Mystery Records. The release catapulted the band back into the limelight, encouraging the label to undertake the task of reissuing their highly sought-after back catalog on vinyl, CD, and cassette tape formats. It also brought the band back to the stage in tribute to their fallen frontman, with Magic Circle’s Brendan Radigan taking up the vocal role with aplomb.

Second in the series of reissues are Mythical & Magical and The Time Lord, set for international release on December 4th via Temple of Mystery. Mythical & Magical features remastered audio, with the vinyl edition including two discs with an etch on side D, and features an original drawing by Karmazid as the gatefold. A limited edition of 250 copies will be pressed on blood red vinyl. Meanwhile, The Time Lord reissue features a never-heard before version of “Night Rider” from the same recordings, as well as a beautiful gatefold. A limited edition of 150 copies will be available on ocean blue vinyl. The CD editions of both albums will feature exclusive liner notes.

To celebrate the legacy reissues, Pagan Altar will undertake select shows around Europe and North America this summer. These performances will include founding member Alan Jones on lead guitar, Diccon Harper on bass, Andres Arango on rhythm guitar, Andy Green on drums, and Brendan Radigan on vocals. The vinyl, CD, and cassette versions of Judgement of the Dead and Lords of Hypocrisy were released in April 2019 and are still available on the label’s website.

Respective covers, tracklistings, and preorder links for Mythical & Magical and The Time Lord are as follows: 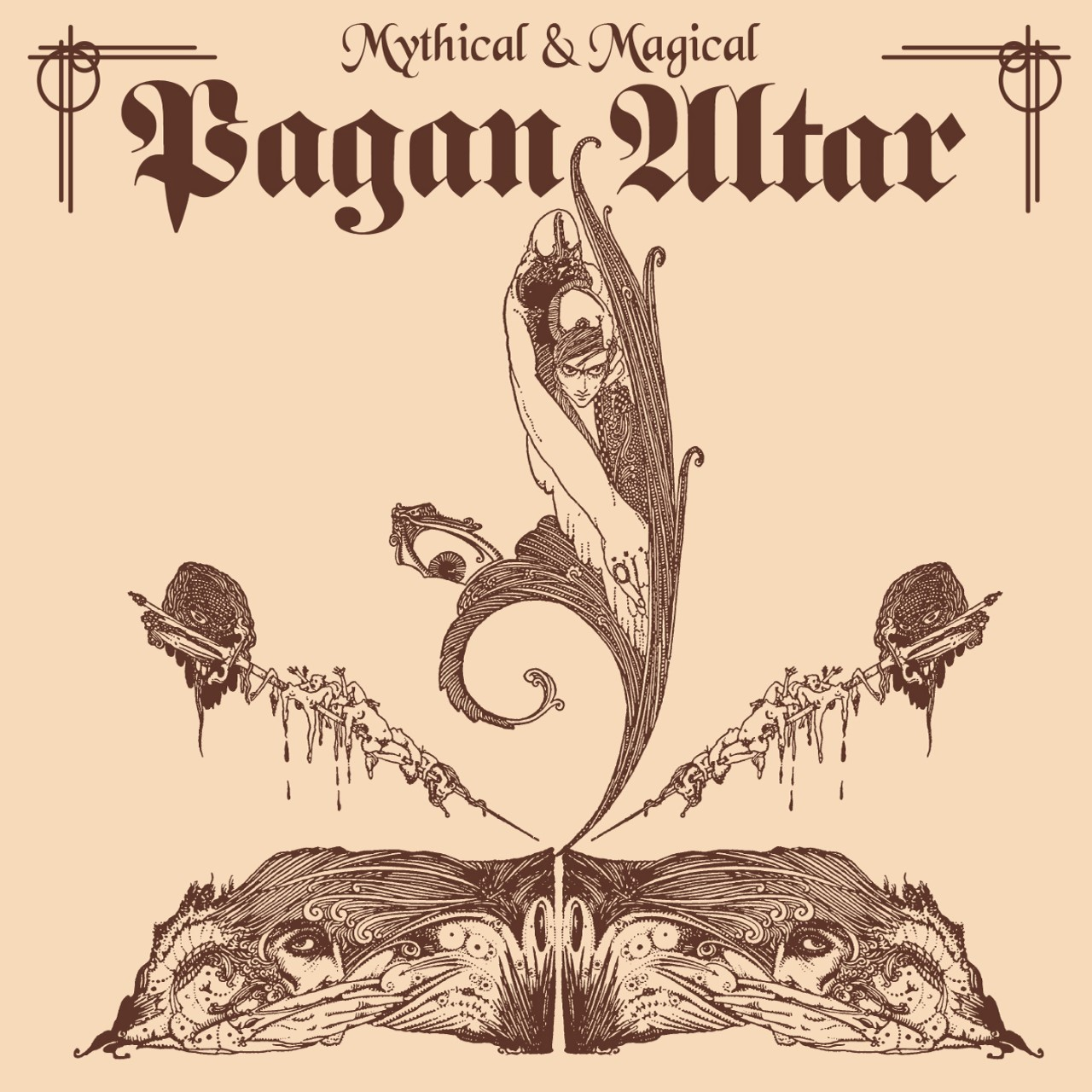 Tracklisting for Pagan Altar’s Mythical and Magical
1. Samhein
2. The Cry of the Banshee
3. The Crowman
4. Daemoni Na Noiche
5. The Sorcerer
6. Flight of the Witch Queen
7. Dance of the Druids
8. The Erl King
9. The Witches Pathway
10. Sharnie
11. The Rising of the Dark Lord
Featuring songs written mostly between 1976 and 1983, Mythical & Magical is Pagan Altar’s third album and is, without a doubt, the pinnacle of their career. This grandiose, ancient-sounding masterpiece owes most of its atmosphere to Terry Jones’ majestic vocals and Alan Jones’ intricate guitar licks—which gracefully weave a web of medieval-tinged solos throughout the songs. The unique mixture of heavy doom rock and mournful English folk found on Mythical & Magical is absolutely impeccable and will forever be celebrated among the knowing as one of the best albums of the genre. Gatefold LP version includes insert, new layout, etch on vinyl, and remastered songs, and jewelcase CD version includes exclusive liner notes and remastered songs.
Order links
Limited blood-red vinyl: https://www.templeofmystery.ca/shop/pagan-altar-mythical-magical-black-dlp/
Black vinyl: https://www.templeofmystery.ca/shop/pagan-altar-mythical-magical-limited-blood-red-dlp/
CD: https://www.templeofmystery.ca/shop/pagan-altar-mythical-magical-cd/
Cassette: https://www.templeofmystery.ca/shop/pagan-altar-mythical-magical-cassette/

*** PRE-ORDER: Each pre-order will include one beautiful dye-cut PAGAN ALTAR logo vinyl sticker! *** 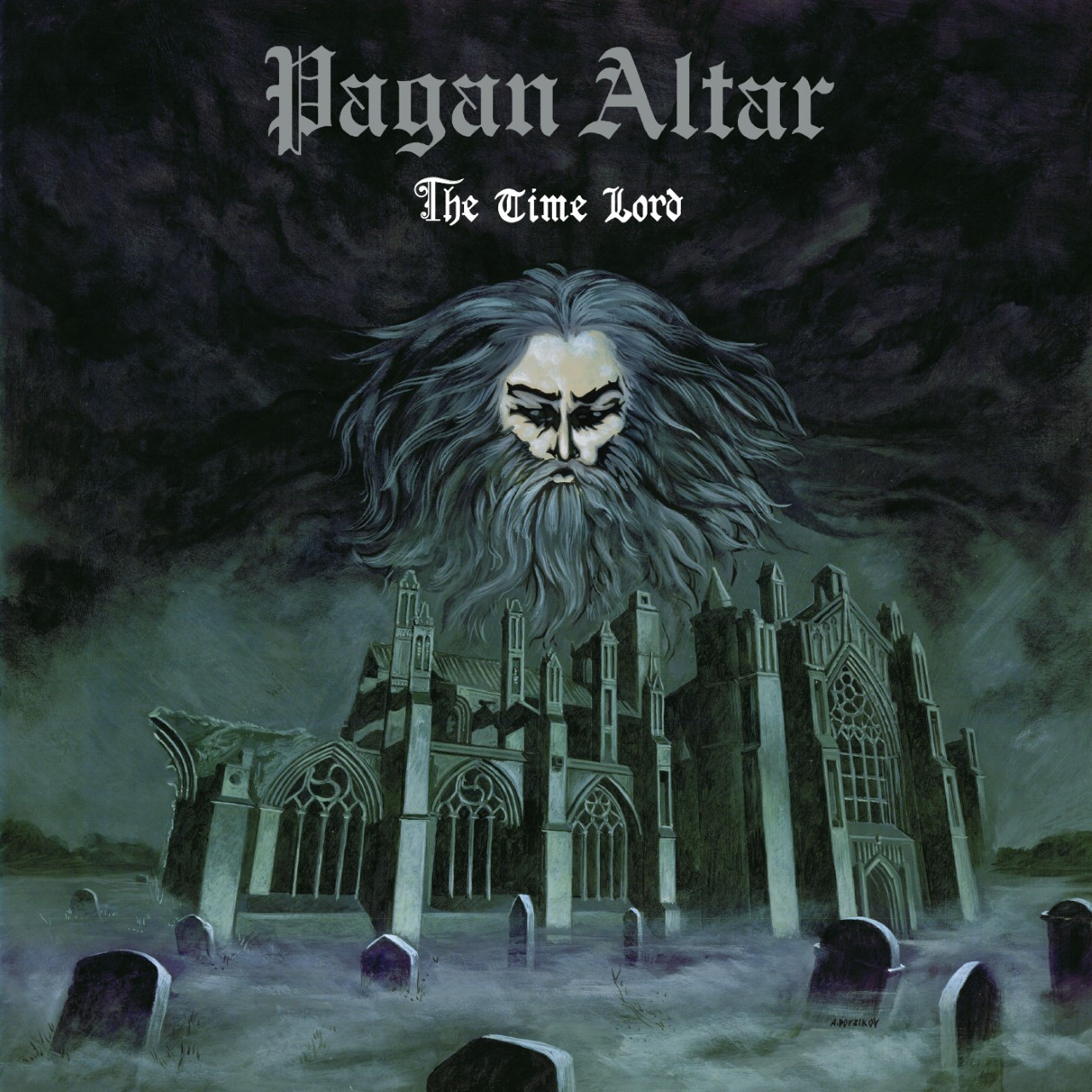 *** PRE-ORDER: Each pre-order will include one beautiful dye-cut PAGAN ALTAR logo vinyl sticker! *** 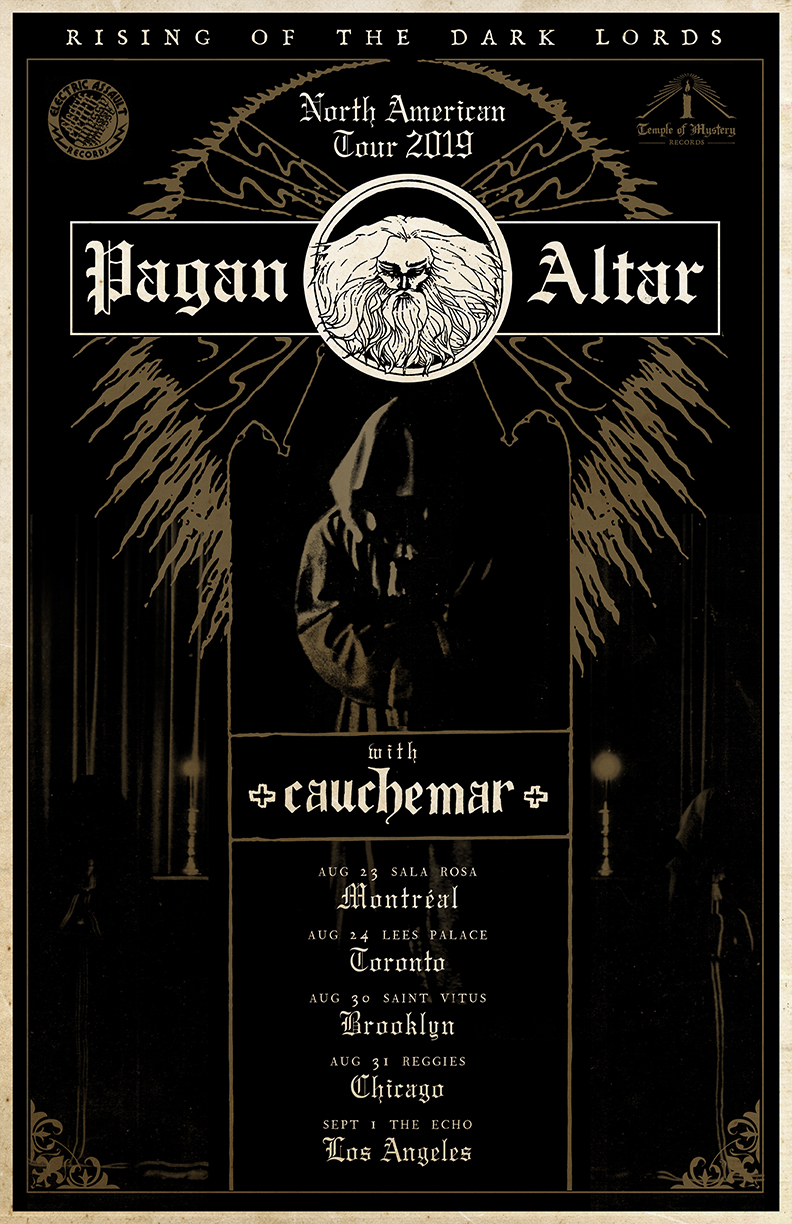